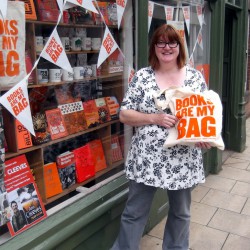 Is That All There Is?

All That Is by James Salter 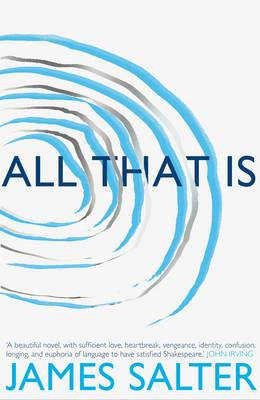 All That Is is the story of the life and loves of one man... Philip Bowman returns from the war, having served in the Navy off Okinawa, and slips into the world of publishing as a book editor in a small firm in New York. He meets a beautiful blonde girl, Vivian, from a well-off family in Virginia.

They wed. Bowman, however, has an affair whilst abroad on a trip in Europe with Enid, an Englishwoman. Theirs is a lusty union, continued on subsequent trips. Vivian eventually calls it a day with Philip without ever knowing about this infidelity, their relationship has just run its course. But, it soon becomes clear that Enid is not never going to marry him and they let things peter out.

Then he meets a woman in a taxi queue at the airport whom, he thinks, might be the one. Christine, is separated from her Greek husband, and has a sixteen year old daughter. They are terribly in lust with each other, and soon move in together after Christine finds a perfect little house by the ocean. Phil keeps his apartment in New York though. This set-up is also set-up to fail, but I won't explain how.

Although this novel is all about Philip's search for love, it's no romance. Phil reminds me slightly of Mad Men`s Don Draper (but not as charismatic) - he works hard, and plays hard when given the chance. It's a surprisingly lusty book - all the encounters are written from Philip's point of view, they're manly but not too graphic!

But there's far more to Philip's life than the sex. There's life in the publishing industry, less about the mechanics - more about the personalities, including his boss who described his firm as `a literary house ... but only by necessity.' It's at the publishers that Philip meets Neil Eddins the other Editor, who becomes his best friend. There are families too - Philip's mother Beatrice in particular is a presence and somewhat steadying influence on him. The decades flow by. Bowman lives, works and loves, he suffers and comes through whatever life throws at him, and in between we revisit those we encounter before - older and wiser.

Salter's writing style is not showy, but the language is precise, his sentences tend to be short. He doesn't signpost dialogue with he said, she said for the most part either, leaving you to work out who's saying what. I didn't warm to Bowman much, although I could sympathise when things didn't go his way. Although I did like the style, it all felt a bit remote and almost ordinary. For me,  All That Is ended up leaving me with a feeling of is that all there is?